You are here: Home / Frankish-Catalan Sicily and Greece / Weynrib, Ittai

Ittai Weinryb is Assistant Professor of Medieval European Artistic and Material Culture, Anthropology and Folklore in Relation to Image Making and Geographies of the Art at the Bard Graduate Center. He got his Ph.D. in History of Art at the Johns Hopkins University, his M.A. at the Johns Hopkins University and his B.A.   at the Tel Aviv University, Tel Aviv, Israel. His area of research and teaching include art and material culture of western Europe and the medieval Mediterranean in the nexus of image and object theory, anthropology, magic and religion as well as medieval folklore. He is currently completing a book manuscript dealing with medieval bronzes while developing a second project regarding votive offerings in the Middle Ages (ex votos). A third project, emerging from the first two, is a study of astrology and medieval magic in the context of medieval art and material culture, is in preliminary stages of development. His awards and Fellowships include: Adolf Katzenellenbogen Prize, Robert and Nancy Hall Fellow, the Walters Art Museum, Baltimore; Max Planck Doctoral Fellow at the Kunsthistorisches Institut in Florence; ICMA/Kress Research Award; Andrew Mellon Fellow, Institute for Advanced Study, Princeton. 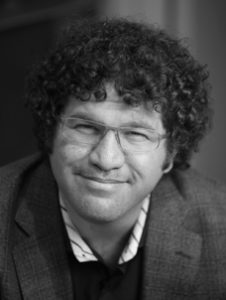