Carla Varela Fernandes has a degree in History of Art at Lisbon University (1993), where she presented her master thesis dedicated to Gothic Sculpture in Coimbra (1998) and her PhD thesis consecrated to the Iconology of the Royal Portuguese Family (1st dynasty, 12th to 14th centuries). She holds now a post-doc. fellowship granted by the Foundation for Science and Technology (FCT), dedicated to study medieval Portuguese sculpture (Portuguese figurative sculpture from the 12th to the 14th centuries, knowledge transfers, “know how” and artistic itinerancy). She is an integrated member of Institute of Medieval Studies (IEM), University Nova of Lisbon).

Over the years, she has researched on medieval sculpture and iconography, regarding specially the relations between Portuguese sculpture from the 12th to 14th centuries and the ones made in other western European countries at the same time. She took part in several research projects, such as the monographic study of Lisbon’s Cathedral, Artistic Transfers in Gothic Europe, and now is researcher of the project  Movilidad y Transferencia Artística en el Mediterráneo Medieval (1187-1388) Artistas, Objetos y Modelos – MAGISTRI MEDITERRANEI (MICINN: HAR2015-63883-P), directed by Manuel Castiñeiras González – University Autonoma of Barcelona.

Having published articles in scientific reviews, both in Portugal and abroad, as well as in congress (see https://unl-pt.academia.edu/CarlaVarelaFernandes ), she is the author of the following books: Tavira’s Santa Maria Church (2001); Memories of Stone: tomb sculpture in Lisbon’s Cathedral (2001); The image of a king. Analysis of the tomb of King Fernando I (2009 – bilingual) and co-author of several books and exhibition catalogues: Sculpture of Palácio de Belém; Building Memory – collections from Museu Arqueológico do Carmo or Antonio Olmo’s Collection, amoung others. Her professional life led her to be Curator of Carmo Archaeological Museum (Lisboa) and Museum’s Head Division at Cascais municipality. 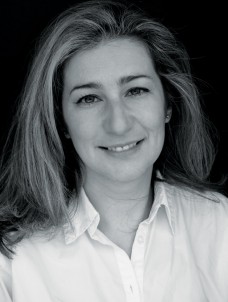