Anna Orriols is Professor of Art History at the Universitat Autònoma de Barcelona since 1988 (and Titular Professor since 2000). She got the PhD at this university with the thesis Il·lustració de manuscrits a Girona en època romànica (1999). She has focused her research activity in the medieval painting and miniature, the iconography and the hagiography, mainly in the Catalan area. She has studied the Catalan Romanesque manuscript illumination, in particular the scriptoria of Girona and Cuixà. These studies analyze the precise sources of some illustrations and face up to some aspects as the exchange of models and artists between monasteries and cathedrals.

Within her research subjects it is to be outlined the illuminated manuscripts of Commentary to the Apocalypse of Beatus of Liébana, mainly the works of Girona and Torino. These works allow to analyze the process of copying in the medieval period, and to outline some aspects as the improvisation and reinterpretation capacity of the 10th to 12th centuries artists, aspects that are frequently forgotten. Some of these works put into light the interest of the patrons in introducing particular images in the manuscripts, as well as the use by the artists of repertories and formulas that are apparently far from their environment.

She has studied the iconographical programs of the Romanesque painting, the intentions of the patrons and the mechanisms of the exaltation of the Episcopal authority through the image.

In reference to the Gothic period she has been dedicated to the study of the artist, patrons and audiences of two villages located in central Catalonia: Manresa and Cardona. These studies have come to several publications concerning the painting of these territories and also to a research project on the processional cross of dels Sants Màrtirs that is conserved at the parish church of Cardona. She has also deal with the artistic patronage of René d’Anjou from a French Late Gothic manuscript conserved in Saint Petersburg.

In reference to the hagiography, she has analyzed the Catalan hagiographical iconography of the Romanesque period, and some particular subjects as the configuration of specific cycles devoted to Saint Agustin, the iconography of some local saint bishops and the pictorial cycle of Saint James at the cathedral of the Seu d’Urgell.

She has worked in the edition of some medieval and renaissance Hispanic illustrators voices for the Allgemeines Künstlerlexikon. She is member of the assessor council of the review Quaderns del Museu Episcopal de Vic. 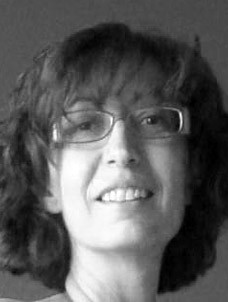