You are here: Home / Frankish-Catalan Sicily and Greece / Androudis, Paschalis

Paschalis Androudis was born in Thessaloniki in 1965 and he studied Architecture in Greece (Diploma of the Aristotle University of Thessaloniki), Art and Archaeology in Paris (DEA and PhD at the University Paris I-Pantheon-Sorbonne), Conservation of Historic Buildings at the Institute of Advanced Architectural Studies of the University of York, U.K. (Master of Arts in Conservation Studies) and History of Byzantine Civilisation in Paris (PhD Ecole des Hautes Etudes en Science Sociales). He also made postdoctoral research in Archaeology at the Aristotle University of Thessaloniki. He has been awarded five scholarships for his Studies: from the University Paris I- Panthéon- Sorbonne (Professor H. Glykatzi-Ahrweiller) and the Foundation Arvanitidis (USA)  1991- 1992, from Alexandros S. Onassis Cultural Foundation (1992-1994), from the European Union and the University of York (1994-1995), from the Foundation A.G. Leventis (1995-1996, 1996-1997 and 1997-1998) and Postdoctoral Fellowship of the Greek State (I.K.Y.), for 1999-2000 and 2000-2001.

He has a rich archaeological and architectural fieldwork experience (from 1988 onwards). He participated in many archaeological excavations; he recorded and made plans for over 400 historic buildings of all kinds and periods. He also recorded byzantine sculptures and made plans for graphic reconstruction of chancel barriers, of ambons, doorframes, tombs etc. in byzantine churches on Mount Athos and elsewhere.

He worked for short periods in Byzantine Departments of the Greek Archaeological Service on Mount Athos, Kozani, Larisa, Mitilini, Euboia. He worked as a field supervisor of the restoration works on many archaeological sites. Moreover he made studies for Conservation and restoration for 75 monuments of all periods and kinds (early byzantine, byzantine, ottoman, postbyzantine basilicas, complexes, castles, churches, mosques, clock-towers, madrasas, mausoleums, etc) all over Greece.

He is familiar to the Medieval Western and Architecture through his studies for 8 years in Paris and York, where he studied monuments and various objects of minor arts. Moreover he participated in study tours in Herefordshire, Gloucestershire, Yorkshire and Scotland. We also made tours in Russia, Georgia and Turkey.

He was elected Lecturer of Byzantine Art and Archaeology in the Department of History and Archaeology of the Aristotle University of Thessaloniki on 26/1/2012, where he is teaching courses as a Lecturer from October 2014. 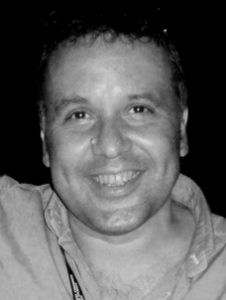