You are here: Home / Frankish-Catalan Sicily and Greece / Bacci, Michele

Michele Bacci (Ph.D., Scuola Normale Superiore, Pisa, 1999), is Chair of Medieval Art History in the University of Fribourg, Switzerland. He was previously research maker in the Scuola Normale Superiore, Pisa (1999-2002) and associate professor of Iconography and Iconology in the University of Siena (2002-2011). In his research activity he has dealt with art-historical contacts of East and West in the broader context of their cultural and religious relationship (with a special emphasis on the 12th and 13th centuries), and the historical phenomenology of holy sites, images and other cult-objects in the Middle Ages.

The outcome of his activity has been published in articles, exhibition catalogues, congress proceedings, miscellaneous books, Italian and international periodicals.

He has been the organizer and promoter of scientific events, such as the international congress on The Artist in Byzantium and the Eastern Christian World (Pisa, Scuola Normale Superiore, 21-22 November 2003) and the major exhibition dedicated to Saint Nicholas in the art of East and West (San Nicola. Splendori d’arte d’Oriente e d’Occidente, Bari, Castello Svevo, 7 December 2006-6 May 2007). He is scientific coeditor (with Roberto Rusconi) of the international periodical Iconographica, founded by Fabio Bisogni and published by the Society for the study of Latin Middle Ages (Florence). 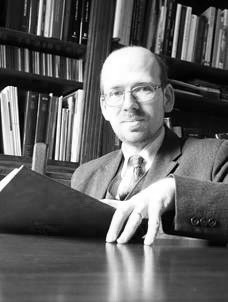